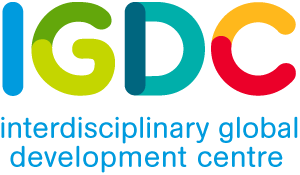 Latin America benefited from huge rises in the prices of natural resources in the first part of the twenty first century, which reshaped the region’s political economy and underpinned new forms of social expenditure. Despite huge windfall profits, the political, social and economic relations surrounding natural resource extraction have been conflictual and contentious and the environmental costs have been considerable. Exploitation has intensified environmental degradation and led to disputes over ownership of land and land use. As global demand falls, the risks of environmental degradation and conflict over resources, land use, taxation, and welfare increase. It is time to begin the task of evaluating the legacies of the natural resources boom, identify its legacies, examine how they continue to reverberate and shape the region’s politics, political economy, ecology and environment. This workshop brings together some key contributors to recent debates in order to consider these issues and identify directions for future research.

The workshop draws directly on a GCRF-funded project, led by IGDC, on resource extraction in Argentina. This project, led by Jean Grugel, Alejandro Peña and María Eugenia Giraudo, focuses on the political-economic and environmental impacts in two distinct cases: the production of soybean across the La Plata River Basin and the more recent lithium exploitation in North Argentina, in collaboration with universidad Di Tella, Buenos Aires. Expansion of both soybean and lithium has taken place against the backdrop of a gathering political and economic crisis that is emblematic of region-wide trends and raises conceptual and practical questions with immediate and future implications for wellbeing, livelihoods and sustainability.

Understanding the natural resources boom, in Argentina and the region more generally, requires taking a long term perspective on development cycles, environmental governance and state-citizen relationships, as well as research on the commodity boom and the challenges that now face the region as global prices fall. For that reason, we also hope to draw here on the rich, interdisciplinary scholarship and activism that has emerged on Latin American political economy and natural resources over more than a decade. These debates have reinvigorated the study of the region, and, in particular, discussions about the contested phenomenon of ‘post-neoliberalism’, land use, community organisation, resistance and social protest, and the politics of indigeneity. Our hope is that, by the end of the workshop, we will have come together in identifying the research questions that will shape the next generation of natural resources scholarship in the region. 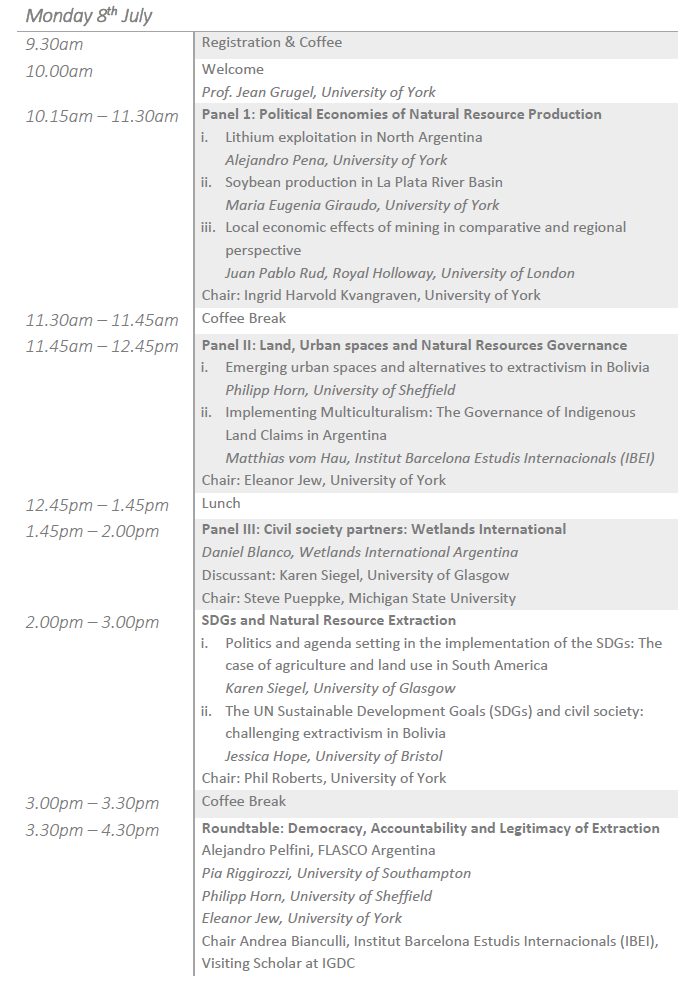 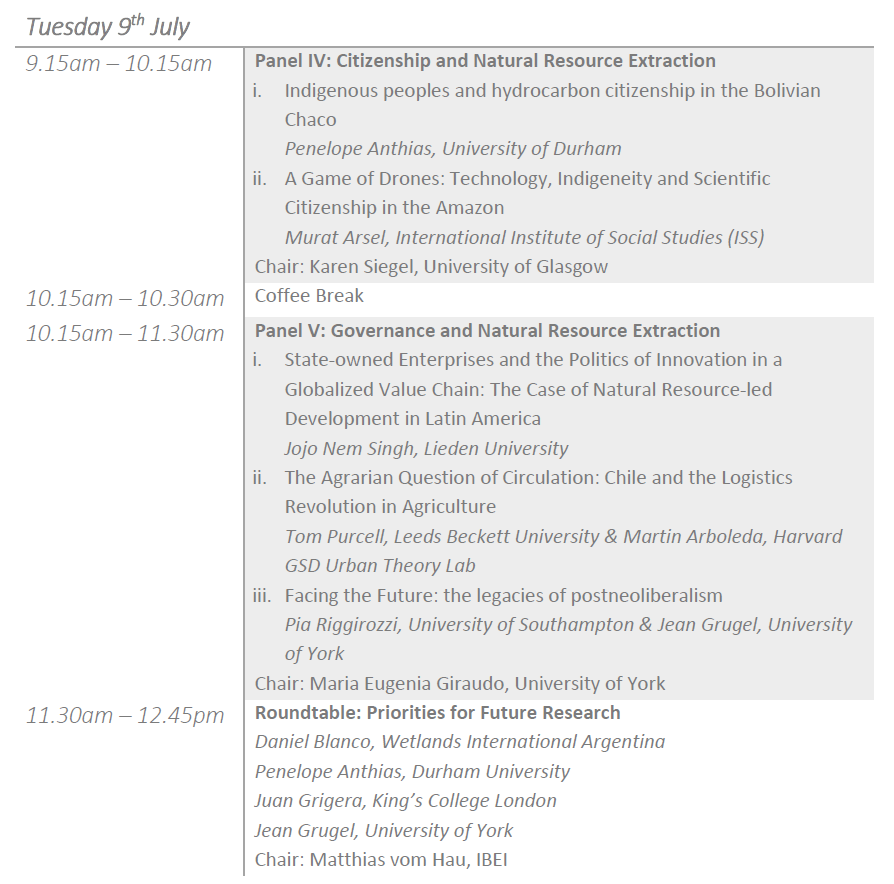 This is a free event. To register your interest in attending please contact Maria-Eugenia Giraudo via maria-eugenia.giraudo@york.ac.uk