Governing the Urban in China and India

This online lecture has been organised by the Cities, Environment and Liveability (CEL) Pathway and is open to all ESRC and non-ESRC funded PhD and MA Social Research students within the WRDTP’s seven partner universities. Whilst this session has been organised by the CEL Pathway, students aligned with other interdisciplinary Pathways are welcome to attend if it’s themes and content will be of use to you in your research.

Urbanization is rapidly overtaking China and India, the two most populous countries in the world. One-sixth of humanity now lives in either a Chinese or Indian city. This transformation has unleashed enormous pressures on land use, housing, and the environment. Despite the stakes, the workings of urban governance in China and India remain obscure and poorly understood. In this talk, Xuefei Ren will present her new book Governing the Urban in China and India: Land Grabs, Slum Clearance, and the War on Air Pollution. The book explores how China and India govern their cities and how their different styles of governance produce inequality and exclusion.

Xuefei Ren is a comparative urbanist whose work focuses on urban development, governance, architecture, and the built environment in global perspective. She is the author of Building Globalization: Transnational Architecture Production in Urban China (University of Chicago Press, 2011), Urban China (Polity Press, 2013), and Governing the Urban in China and India: Land Grabs, Slum Clearance, and the War on Air Pollution (Princeton University Press, 2020). She is working on a number of comparative projects, on urban redevelopment (China, India, Brazil, and U.S), mega-events (Beijing, Tokyo, and Rio Olympics), and culture-led revitalization in post-industrial cities (Detroit, Harbin, and Turin). She received her PhD in sociology from University of Chicago. She is currently associate professor of sociology and global urban studies at Michigan State University. 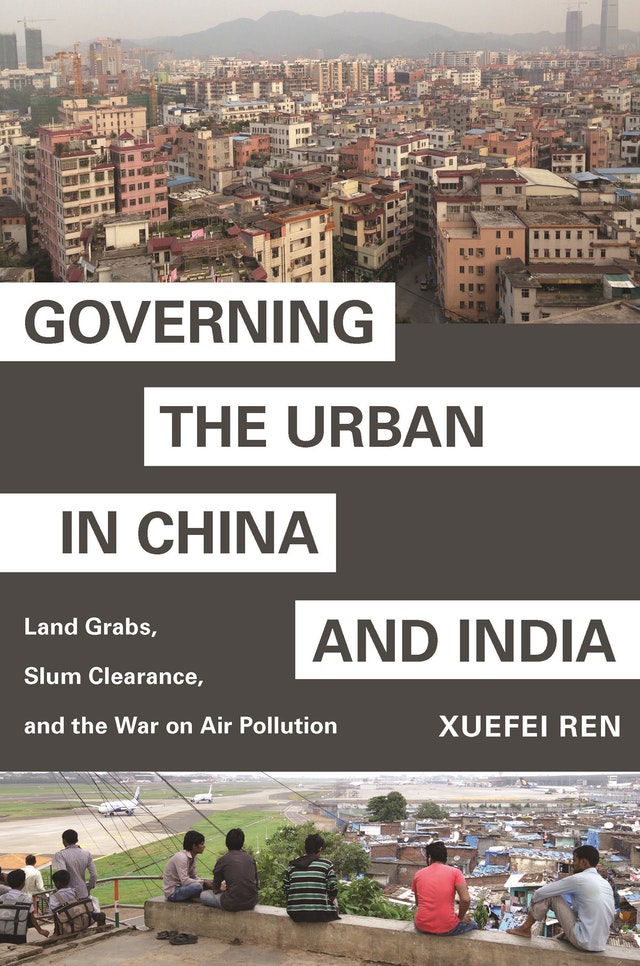 If you wish, you an purchase a copy of Xuefei Ren’s new book in paperback or e-book format by following this link